Symptoms to Be On The Lookout For with Alzheimer’s Patients

Alzheimer’s disease (AD) affects over 6 million people in the U.S. currently and that number is projected to more than double by 2060. “The number of people living with the disease doubles every five years beyond age 65.” And it’s estimated that, “by 2060 more than 14 million Americans will be diagnosed with this most common form of dementia,” according to the CDC (2021). Individuals with mild to moderate Alzheimer’s may not lose their motor skills, but as the condition becomes severe, a patient with Alzheimer’s may struggle with balance, fine motor skills, and communication. This presents a challenge to caregivers to be more vigilant or watchful with their caregiving. It may be difficult for someone living with severe Alzheimer’s to tell you that they have an ingrown toenail that is causing them pain or that they have an ear infection, or even that they have an urge to use the bathroom. So it’s essential that our loved ones with any form of dementia have the proper recliner for ultimate comfort and care.

There may also be a link between Alzheimer’s and Diabetes. According to the American Diabetes Association, “Both type 2 diabetes and Impaired Fasting Glycemia were more prevalent in Alzheimer disease versus non-Alzheimer disease control subjects, so 81% of cases of Alzheimer disease had either type 2 diabetes or IFG.” If an elderly Alzheimer’s patient also has diabetes, it is important to monitor their feet for the development of neuropathic ulcers. They may not even be aware these ulcers are present because with neuropathy, patients eventually lose sensation in their feet. This need becomes even more apparent when the individual has other conditions that develop where aging may be a risk factor. An Alzheimer’s patient may not be able to communicate that they are developing pressure sores known as decubitus ulcers. Pressure sores develop in the elderly as their skin becomes thin and loses elasticity. When those areas do not get proper airflow and relief from the pressure of that position, a painful sore develops. Golden power lift recliners offer UltraPlush Brisa® fabrics which is a breathable material that allows air to flow to the skin and may reduce the likeliness of a decubitus ulcer forming.

Though there have been few studies that actually analyze the foot health of AD patients. There was a study performed by Lopez (2018), on 65 elderly patients with AD that found, “89.04% of those patients had a high presence of foot health problems and 69.86% of those patients were wearing an incorrect sized shoe.” People with severe Alzheimer’s may not be able to communicate that they have foot pain, so it’s important to pay close attention, keep their feet clean, dry, and their toenails neatly trimmed. It’s also important to help them rest and elevate any inflamed areas to reduce pain and swelling. Golden lift chairs with MaxiComfort technology and patented Twilight technology are able to elevate the feet above the heart to reduce swelling and provide a convenient tool for caregivers to perform foot checks safely and comfortably. 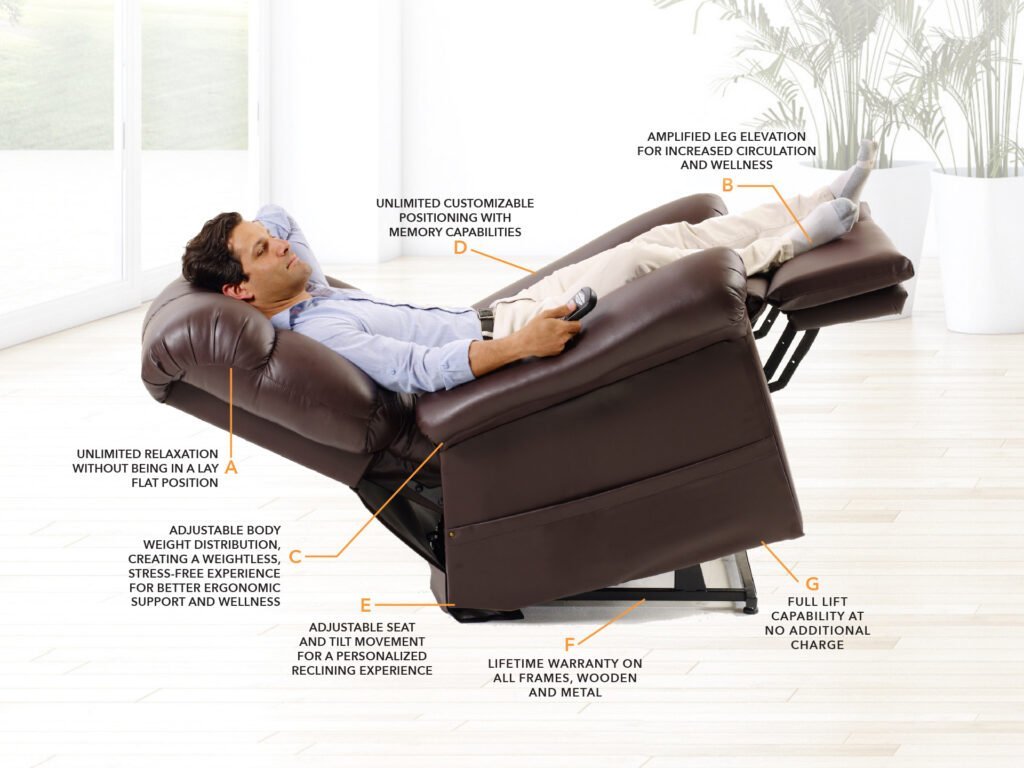 Alzheimer’s Patients Have A Higher Risk of Falling

Spatial perception plays a role in falls with Alzheimer’s patients as cognition begins to decline, it becomes harder for people with dementia to time their steps. According to the Fisher Center for Alzheimer’s Research Foundation (2021), “People who suffer from dementia related disease will eventually develop an unsteady gait, hardly lifting their feet. Instead, they will develop a shuffle and this creates a higher risk of falling.”

Fall risk assessments are often performed using the 5XSTS test, which evaluates the balance and leg strength of an elderly patient moving from sit to stand as many times as they can safely stand within 30 seconds. That amount is then compared to the average in that age group.

While staff-supported interventions and exercise interventions are highly recommended by doctors, balance also plays a role in fall prevention. Another risk factor affecting balance for AD patients is sarcopenia. According to the Journal of the American Geriatrics Society, “More severe sarcopenia at baseline was associated with a higher risk of incident AD and a faster rate of cognitive decline.” Sarcopenia is a natural occurrence in the elderly, it is skeletal muscle loss and it affects balance and gait in the elderly. Clinically defined, Sarcopenia is “a syndrome characterized by progressive and generalized loss of skeletal muscle mass and strength and it is strictly correlated with physical disability, poor quality of life and death.” Santilli, (2014). Sarcopenia, coupled with cognitive impairment, present a very high risk factor for falls. 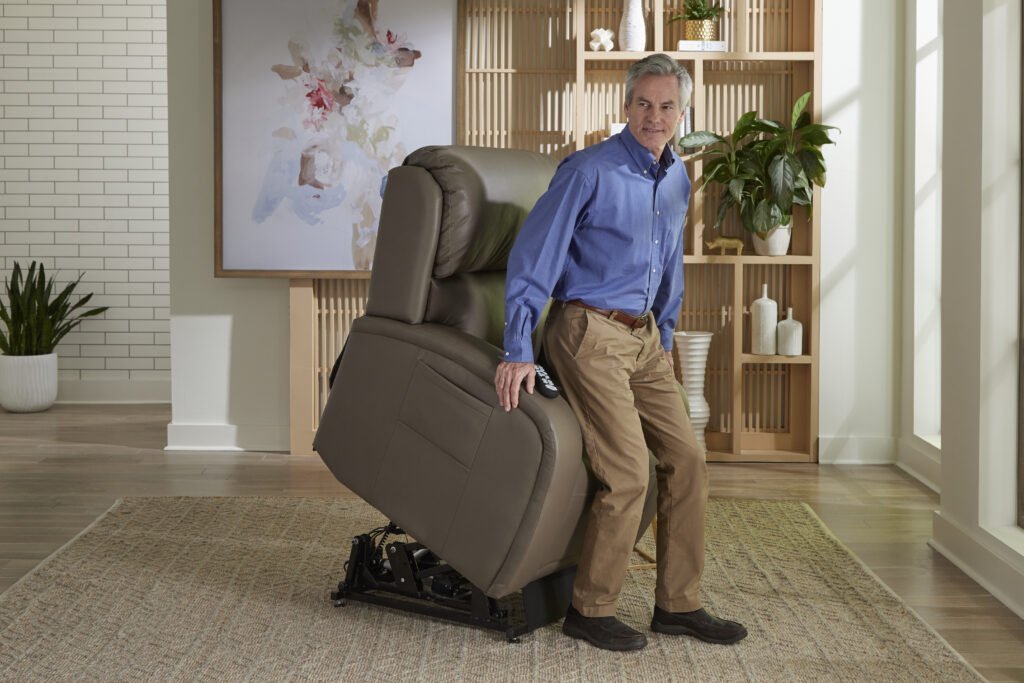 Sarcopenia can make the sit-to-stand transition very difficult for an elderly patient. Golden power lift recliners are designed to lift a person gently to their feet while simultaneously opening the backrest, so its occupant doesn’t feel pushed or forced out of the chair. It allows individuals to exit the chair when they are ready, giving them time to find their balance and footing. Golden lift chairs not only provide support for elderly patients during the sit-to-stand transition, but they provide relief to caregivers who would otherwise have to rely on their own strength to give lift assistance.

At Golden, we understand how challenging caring for an Alzheimer’s patient can be and we hope this post has helped provide important information to aid in care and to be on the lookout for other symptoms associated with Alzheimer’s. Our mission is to create the most innovative products for ultimate comfort and independence for you and your family. That’s why we offer such a wide range of power lift recliner sizes and styles—to help you find the perfect chair.